What Will Become of Emril Laggasse’s French Quarter Restaurant NOLA?

What Will Become of Emril Laggasse’s French Quarter Restaurant NOLA?

NOLA, has been a French Quarter staple for close to 30 years but has been closed since March of 2020 due to the pandemic.  It has left many wondering if the restaurant will reopen?  The question has been answered as a different local restaurant company has leased the building that NOLA is located in at 534 St. Louis Street. 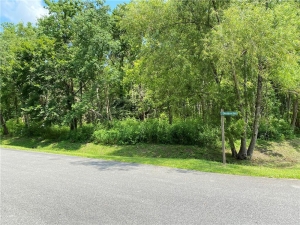 NOLA will be turned into Boulevard American Bistro by Creole Cuisine Restaurant Concepts.  The group owns over 20 different restaurants and bars around the New Orleans area.  The Boulevard brand which currently has locations in Metairie, Elmwood and Covington, will now have a fourth location in the French Quarter.

The new restaurant is slated to open its doors by January 2023.  The restaurant will serve cuisine between high-end Creole and casual Creole which is a perfect fit for the French Quarter.  “We want to bring something fresh to the French Quarter, something needed in the selection of restaurants here.  It’s going to be an All-American, polished casual restaurant,” says Marv Ammari CEO.

The new restaurant will still have the same structure to it, with just renovations to the decor and furnishings. The wood-burning oven, open kitchen and elevator will still be there.  The bar will be larger in the new restaurant like the bar in the Boulevard American Bistro in Covington.  In fact, the company started up with bars and then went into the local restaurant business.  Their restaurants include Broussards, Cafe Maspero and the Bombay Club which are all located in the French Quarter and Tommy’s and Ernst Cafe in the Warehouse District.

“At the end of the day, we owe it to New Orleans, and we need to be part of building the city,” Ammari says.
Boulevard first opened in 2015 after the group took over the Houston’s in Metairie.  All the locations share the same American temporary flare with dishes including prime rib, seared tuna salads, crab cakes, cedar plank salmon and barbecue ribs. The new restaurant will have a slightly different take with more steaks and a bigger wine list.

“We’re working with a menu we know and execute very well. It’s a matter of getting the right team together, Ammari commented.