You are here: Home1 / Press Room2 / Local News3 / The Beginning of 2022 Sees An Upward Trend In Residential Construction... 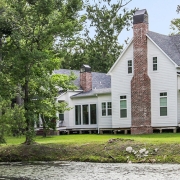 Private nonresidential construction spending also saw a spike. It increased 0.2% from January’s estimates making it a seasonally adjusted annual rate of $503 billion. This was 6.2% higher than the report this time last year. The increase stemmed from class of power at $1.5 billion, class of manufacturing at $0.5 billion, and class of transportation at $0.4 billion.