The Age Most Are Purchasing Homes In The Current Market

You are here: Home1 / The Arbors Estates Blog2 / The Age Most Are Purchasing Homes In The Current Market

The Age Most Are Purchasing Homes In The Current Market 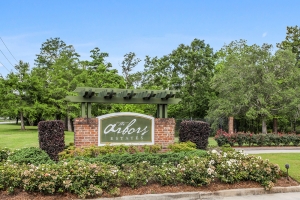 Each succeeding generation is seeing a drop in homeownership.  A current report found that between 1985-2020 homeownership rates  broken down by generation are 77.8% for Baby Boomers, 69.1% for Generation X and 47.9% for Millennials.  In terms of the real estate markets, the Millennials represent the major portion of homebuyers.

The change in the average age is due to several different factors.  Home prices continue to rise due to lack of inventory and student debt is now also adding to the expenses.   Mortgage rates are also shifting and are also adding to the problem especially along the coasts. Younger generations have gone to college and have college debt that is also making it difficult to save money for a down payment.

Since this is such a big generation, over the past five years we have seen a massive increase in the purchasing of homes.  New first-time homebuyers in their 30s outweigh those in their 60s.  In 1981 the typical homebuyer was at the average age of 31 according to the National Association of Realtors.

If you are in the market to purchase a home, hire a real estate agent in your area.  Many homebuyers today are purchasing for investment to earn a passive income.  A Realtor can help you find the perfect home for investment due to the rise in rental income.

Celebration in the Oaks, A City Park TraditionCash Sales Are Beating Out FHA-Backed Sales In Today’s Market
Scroll to top