A Record Decline in Mortgage Rates

A Record Decline in Mortgage Rates

Why did the mortgage rate have the biggest decline this month since 2008?

According to Sam Khater of Freddie Mac, “over the last two weeks, the 30-year fixed-rate mortgage dropped by half a percent, as concerns about a potential recession continue to rise.”

“Over the last two weeks, the 30-year fixed-rate mortgage dropped by half a percent, as concerns about a potential recession continue to rise,” reported Sam Khater, Freddie Mac’s chief economist. The higher rates are also affecting the number of mortgage applications. According to the Mortgage Bankers Association, applications dropped 5.4% in one week. 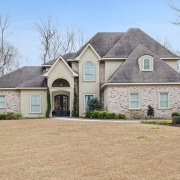 “Rates are still significantly higher than they were a year ago, which is why applications for home purchases and refinances remain depressed,” said Joel Kan, MBA’s associate vice president of economic and industry forecasting. “Purchase activity is hamstrung by ongoing affordability challenges and low inventory, and homeowners still have reduced incentive to apply for a refinance.”

The sharp decline stems from economic concerns about the high increases that came in May and June. Mortgage rates are at the highest levels along with listing prices. Listing prices have risen over 8.5% year-over-year for the last two years. The good news for buyers, more homes are being listed now according to Joel Berner, Realtor.com‘s senior economic research analyst.

Although there is more inventory, buyers are stills struggling with the inflation in home prices. This time last year, a buyer could purchase a home priced at $390,000 and put 20% down and still have a monthly payment of only $1,299. Freddie Mac reports that a buyer in today’s market can purchase the same priced home with 20% down and the payment has jumped to $1,733 at the current rate of 5.30%.

“This inversion might sound ominous, especially in the midst of sustained inflation that both markets and the Fed agree will likely require more fed funds rate hikes to tame, but it remains to be seen whether these market conditions will lead to increases in the unemployment rate or decreases in production that characterize a recession,” Joel Berner, Realtor.com’s senior economic research analyst said.